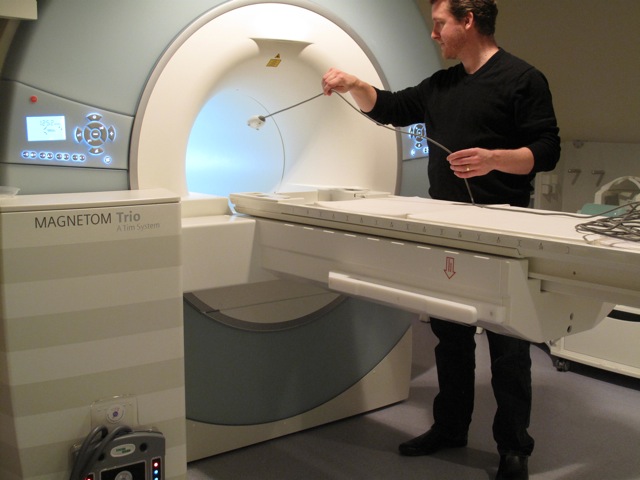 Our clients include the largest multi-national medical device manufacturers in the world, and the smallest start-ups. Each have different needs and we understand that. We do not release the identify of any of our over 100 clients unless we have specific permission to do so. The following have provided permission to be listed:

Prof. Blaine A. Chronik, Ph.D. is a Full Professor of Physics at Western University (Professor of Physics at Western University). He holds the NSERC / Synaptive-Medical Industrial Research Chair in MRI Systems Development. He founded MRIdt Inc. in 2008 to meet the MRI device testing needs of the medical device industry. He is a contributing member of the joint working group for the development of the ISO/TS 10974 device testing standard. He is an active member of multiple ASTM technical committees related to device testing. He is also an active and contributing member of the International Society for Magnetic Resonance in Medicine (ISMRM) and he has been named an Outstanding Teacher for the ISMRM weekend educational programs multiple times.

Blaine Chronik was born and raised in Picture Butte, Alberta, Canada and attended St. Catherine’s School (primary and secondary) and then Picture Butte High School (graduating in 1990). He was a Canada Scholar at the University of Lethbridge from 1990 to 1994, and held the Alexander Rutherford and the Louise McKinney Alberta Heritage Scholarships during this time. He was awarded the Silver Medal of the Governor General of Canada and the Faculty of Arts and Science Gold Medal by the University of Lethbridge, graduating with a B.Sc. in Physics with Great Distinction in 1994. He obtained his PhD in Physics from the University of Western Ontario in 2000, during which time he held NSERC Graduate Scholarships at the Masters and PhD level. He was awarded an NSERC postdoctoral fellowship to study at Stanford in the Department of Electrical Engineering (2000-2003), where he worked in several areas of MRI systems development, including: the development of a new hardware architecture for MRI called field-cycled MRI, low-field hyperpolarized gas imaging, and the development of compact cryogen-free magnet MRI systems. In 2003, he was recruited back to Canada to take-up the Canada Research Chair in Medical Physics within the Department of Physics and Astronomy at the University of Western Ontario. He received an Ontario Distinguished Researcher Award in 2003. In 2008 he was awarded the University of Western Ontario Faculty of Science Award of Excellence in Undergraduate Teaching, and in 2014 he held the Faculty of Science Distinguished Research Professorship. He has published over two hundred scientific papers and conference presentations and his work has been cited over 1000 times. He has attracted over 20-million dollars of research funding over the past 13 years, and in 2015 he was named the NSERC/Synaptive-Medical Senior Industrial Research Chair.